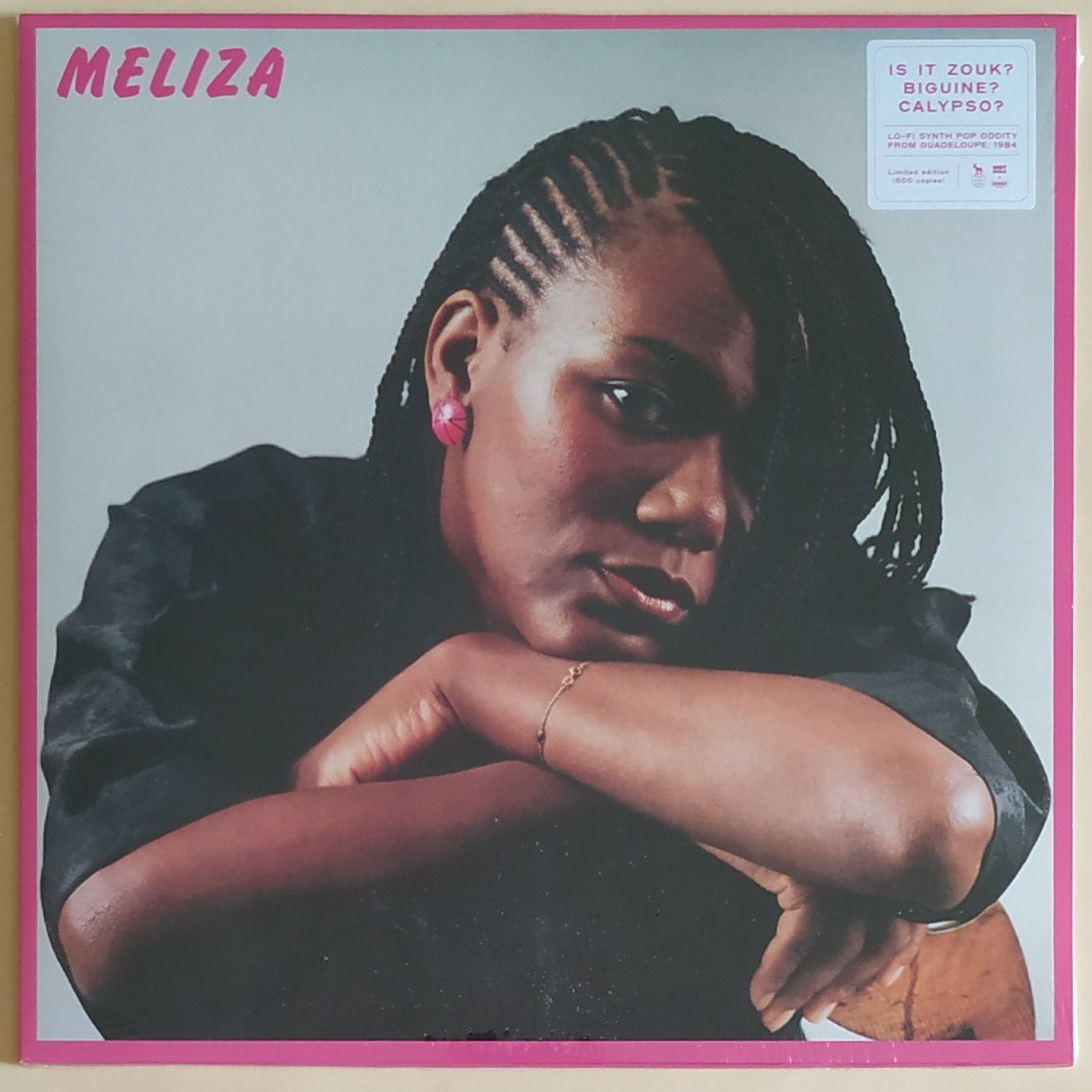 After years of compulsive listening, fantasising about its story, and tracking down the people who made it, it is a treat to finally share this well-kept secret amongst Caribbean music lovers in its entirety. Composed, written and arranged by esteemed producer Alex Dorothée, this eponymous solo album of an amateur singer hailing from Guadeloupe island was recorded in 1984 in Paris. A Lo-fi, synth-heavy gem that is hard to categorise: Is it early Zouk? Biguine? Kadans? Calypso?
In 2013, a youtuber named Doudou 973 uploaded a song called ‘Paradis En Moin’, triggering new interest in the Meliza LP from a bunch of European DJs. A few copies of the original vinyl started circulating on Discogs, and the price went up. In 2015, the Digital Zandoli team (composed of Nicolas Skliris and Julien Achard) picked “Anragé”, another cut from the album, to feature on the first volume of their acclaimed compilation series. In Achard’s words: “A monster electro zouk anthem, “Anragé” is a kind of creole ritornello with a superb synth hook and heavy electronic beat on a zouk pattern. But this ultra rare album reveals many more excellent tracks like ‘Tou Patou Sé Zouk’, another great tropical dancefloor stepper. Or Rythme Oublié, a dreamy electronic calypso track also featuring this catchy vintage synth and guitar solo.”
In 2018, German label “Harmonie Exotic” reissued another record by Alex Dorothée. Same vibes, same amazing synth licks (check the killer track ‘Afro Zouk’). The label manager kindly shared with us Alex Dorothée’s email and our project to reissue the whole Meliza album started taking shape. Only problem, Alex had not been in touch with Meliza for over two decades. Dozens of phone calls to old friends and a few months later, we finally got a number for a certain Jeannine. And there she was indeed, Meliza herself! This is her story, in her own words:
«My name is Jeannine Sifflet, but all my friends call me ‘Janis’, in reference to Janis Joplin, because I can’t help but sing all the time.
I was born in Paris but raised in Guadeloupe. My family then returned to France in 1975, settling in Vitry-Sur-Seine, when i was still a teenager. At the age of 18 I met Alex Dorothee through a common friend. I guess he was charmed by my voice and vibes, and invited me to record backing vocals on a few of his projects. Then he offered to write, compose and produce my solo album. We started rehearsing for it pretty quickly, and rented a small recording studio located rue de Clignancourt, in the 18th Parisian district. Alex used a wacky synth lended by a friend of his, a drum machine, and invited a few friends to complete the line up. We both moved back to Guadeloupe the year of the release, doing a little promotion on local TVs and radio channels. And that was it! I lost track of Alex over the years, so it’s nice to reconnect. I keep fond memories of that era.»
Meliza performed on a bunch of other records after that period, including their friend King Klero’s (one of the unsung architects of Zouk, a movement which was coming to fruition during those years). Alex kept on making music for a few years until 1989, the year the sky fell on him. A category 5 hurricane named ‘Hugo’ devastated the island, affecting more than 2 millions people in its path. Alex lost everything: his studio, instruments, his home, archives, photos… Shocked and depressed, he stopped making music for a decade.
Nowadays Alex is making music again, in his home studio in Guadeloupe. And Meliza still sings in the shower.