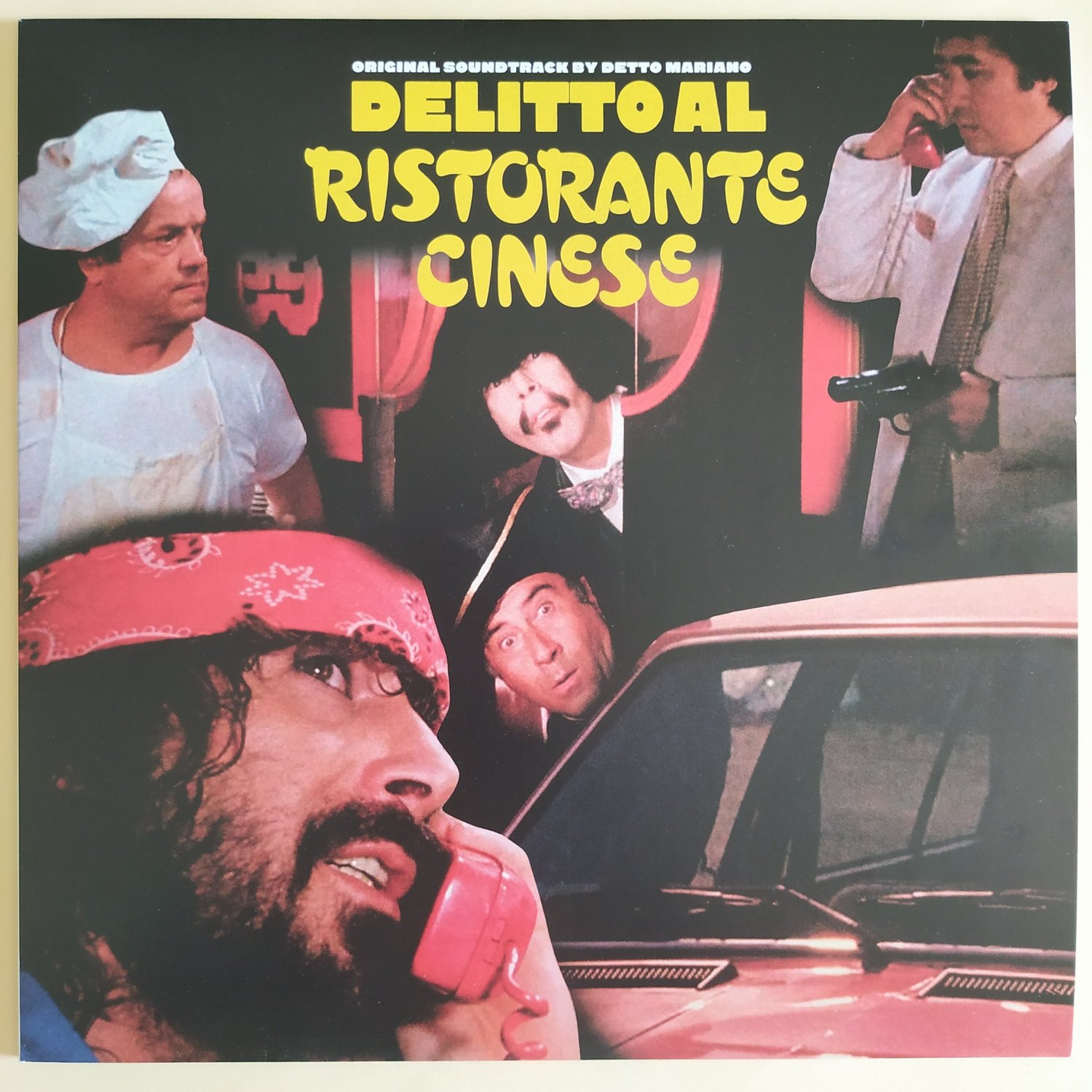 Musica Per Immagini is glad to present the first vinyl release of Detto Mariano's “Delitto Al Ristorante Cinese”, the second original soundtrack in the so-called 'delitti' series. It's another classic iteration of the crime-comedy films that came out of the partnership between director Bruno Corbucci and actor Tomas Milian, a special connection that had started with the great success of “Squadra Antiscippo” and was followed by eleven more pictures, all centered on the character of Nico Giraldi, a former criminal who, while having become a cop, was unwilling to give up his in your face attitude and the Roman slang of the city's thieves. The score by the Italian composer is a mix of sounds characterized by a unique investigation of musical timbre. Nine tracks that cross the entire sound spectrum: electronic pulses, funk rhythms, jazz and Mediterranean sounds and some oriental atmospheres. A brief summary of the artist's creativity passed away a few months ago.